Hello Folks!!!
As i promised a few weeks ago in the tread linked below, i finally was able to shot and edit a video with the idea of giving you a tool to learn and understand the proper movement and concept behind an injuries prevention workout for guitar and bass player.

Hi there, I am struggeling with wrist pain and tendonitis singe September Last year. I was already at any medical without progress. Everybody tells me anything from stopping for 3 month to continouing with a wrist bracelet. And I tried everything with moderate sucess. I observe no probleme during playing instead 2 or days later pain in the wrist and arm. I warm up for 10 mins do Stretching etc… I have the Feeling that if I do technical excersises with repeating licks the pain gets worse. I I pl…

Now a few forewords before you get started.

As i mentioned in the video my job is both therapist and personal trainer so in this video, instead of addressing a specific problem related to guitar playing (carpal tunne, epicondilitis, epitrocleitis etc etc), i used a general a phisical approach aimed to improve our posture and release all the tension created by the habit of playning the guitar (many joint problems are generated by fascial and postural tension).

The reasons behind this approch are two, first i strongly believe that approaching the prevention from a structural/general/lifestyle point of view is much more effective than a specific isolated point of action, you can read that as “i’d rather maintain the river before the floor than put sand bags in front of the door later”.
The second reason is that if you are already feeling paing you don’t need a general protocol from youtube but rather a specific approach studied on your structure and problem(s). Of course if your therapist approves you can integrate the workout in your healing process as well.

How can you get the best from the video? First whatch the whole tutorial training to understand my english

then once you have done that, take your time and do each exercice with the video stopping it after the explanation e trying by yourself the exercice. Do that as many time as you need without feeling pressure but with the mindset oriented on the learning of the movement and not the workout itself (imagine a phase one of the hack workout). After that you can follow the 4 days wave as explainde at the end.

The video is a bit long but i wanted to demonstrate properly the tecnique showing the most common mistake in order to make you avoid them.

I repeated it many times during the video but i will stress it out once more, if you feel any pain or discomfort immediately stop and seek medical advice.

Quality is not the best, i shoot everything on my phone and edit it on my phone as well, also i’m not used to “teach to the camera” so asked many times “right?” ahahah just a habit i have, i leke to receive constant feedback from my students.

Instead of posting this in the relative tread i opened a new one to give everybody the chance to write here any question or comment. Also in the video you will fin my contact information feel free to use them.

Also since this is my job i put my company logo in the video, i hope that does not go against any rule, my idea is not to sponsor my self but help out fellow guitar player with my knowledge. Anyway if @Giorgio or @kiko thinks differently just let me know about that and a feedback as well of the idea.

The link is unlisted on youtube, i made just for guitar hacks so…as gandalf used to say “keep it secret, keep it safe”

enough talking guys, let me know what you think of it 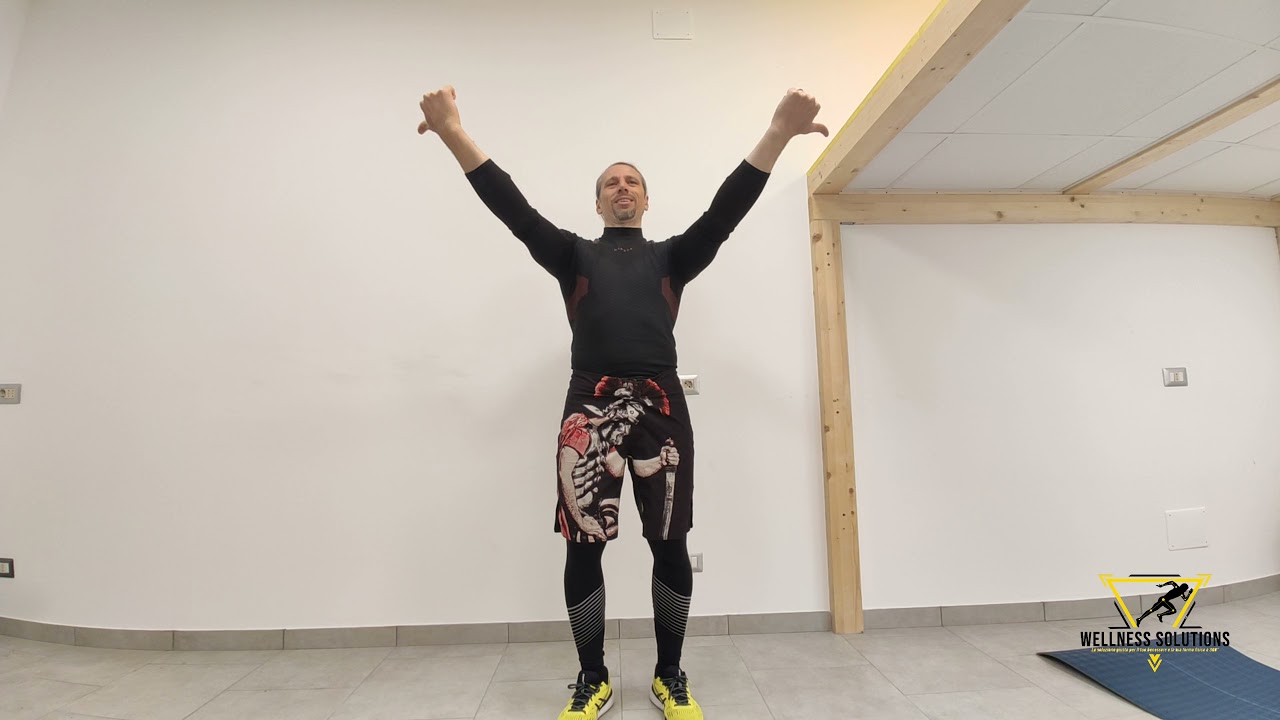 Screw you, where’s the funny English? I feel cheated, I already prepared the popcorn…

Seriously, awesome! Cannot thank you enough for this. Now if only I wasn’t too lazy to follow the excercises…

But I will try my best, as my lack of excercises and bad posture are compouned by my 194 cm: everything is to low for me and I am alway hunched over or bending my back.

Again: THANK YOU! Easily one of the most useful content on the site apart from @kiko’s courses themselves.

Thanks a lot my friend!!!
As for your alleged lazyness my suggestion is to start with the mobility for a few days, enjoy the improvement, then add the STRETCHING again for a few days, make it a habit to mobilize before guitar playing and stretch after. As you start to feel better add the workout, it will come naturally then you start the 4 days wave for a few weeks you will realize you will move better and maybe some old pain will disappear! You will find yourself motivated and out of bring lazy about it in no time​:wink:

Man, that video is simply great!!! I hope everybody will see it here because it’s so important!! thanks a lot.

I’ve made couple of seconds the shoulder - locl elbow exercice in my office… my body was starting to sound like a cracker!!!

Thank you for this video I’ll be watching in detail i have been struggling lately with my hands so trying everything I can.

Thanks for your kind word @GregS. Actually you idea of doing exercices during your working ours is really good!!! try to do 2 exercices for 30’’ or if you can 1’ every 2 hours of work and focus on shoulder cirle, shirt ripping, gunslinger and neck mobility. you can perform them at the office during you coffe break easily, don’t need to sit down and can be performed in very small places. Keep going and try to implement the full workout for a few weeks to see a lot of changes! Keep me posted!!! and thanks again!

Thanks @Shoi, take your time to learn all the movement and you will see even after the ferst few minutes you will start to have a good feeling about the exercices! keep going and you will see you will get better with you posture! keep me posted!

My shoulders crack when I do the backstroke exercise. Is that normal?

Hey Bruno!! Thanks for your feedback! To a degree is normal to feel those crack in your joints. However you have to make shure you don t feel any pain or discomfort. My advice is start slowly and with narrow range of motion and rep by rep try to increase it. See if with daily practice you manage to release all the tension causing the crack. Let me know!

Does anyone know, how to deal with hypermobile joints? I can bend my upper thumb joint 90 degrees backward. When I have my thumb behind the fretboard, I tend to bend it back
because it feels more comfortable for me, than focusing on keeping it straight. Should I try to fix that, or is it “acceptable”

Hey @janerik sorry for the late aswer.
Basically if you can bend the tumb of both your hands at the same degree, it peefectly in line with your phisiology. Said that i don’t know it technically speaking your position is correct but as long as you feel comfortable i guess it’s ok.
On the other hand dealing with joint hyper mobility is not easy but needs to be addressed properly cause any minor accidend can end in a dislocation of the joint specially on the shoulder and ankle. In general you can try to prevent this with a well planned and accurate tonification program. Basically you jount are hyper mobile because your ligaments tend to be more “relaxed” than normal (there might be different causes to that) so you have to compensate with a good muscle tone. Unfortunately from here i can t suggest you a proper program cause i shoul evaluate you properly in advance. Try to contact a physiotherapists and a movement coach in you area and see what they tell you.
Hope i was of some help.
Cheers