So the idea is that someone posts a lick with tabs and the rest of the Hackers (and OP too!) post a video of themselves playing the lick. Might be exact replica, might be re-worked, re-arranged, upgraded, downgraded, anything goes until it pushes us to learn something new and out of our own comfort zone!

Unfortunately the idea did not generate much interest thus far, but I’d like to keep alive this great idea by @alexanderrobert . At least I can’t fail too bad while playing my own licks…

Anyways, here’s the latest installation. @Giorgio as I promised, I used the new toy. Sounds like crap though…

I couldn’t care less about tweaking the plugin to sound better and this time around getting the audio and video in one file proved to be a bigger bitch than usual and in the final video the audio got compressed and sounds horrendous. Also, seems like no Guitar Pro this time as I cannot upload GP7 files… But since there’s already a video, the tabs should be enough!

I came up with the core of this during the Phase 4 of the Alternate Picking Day 1 training, so no sweep picking fellas! 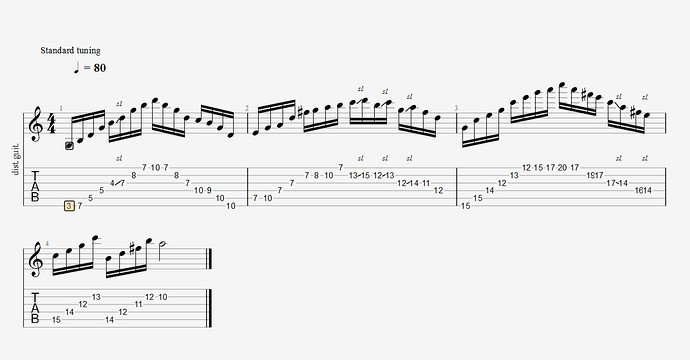 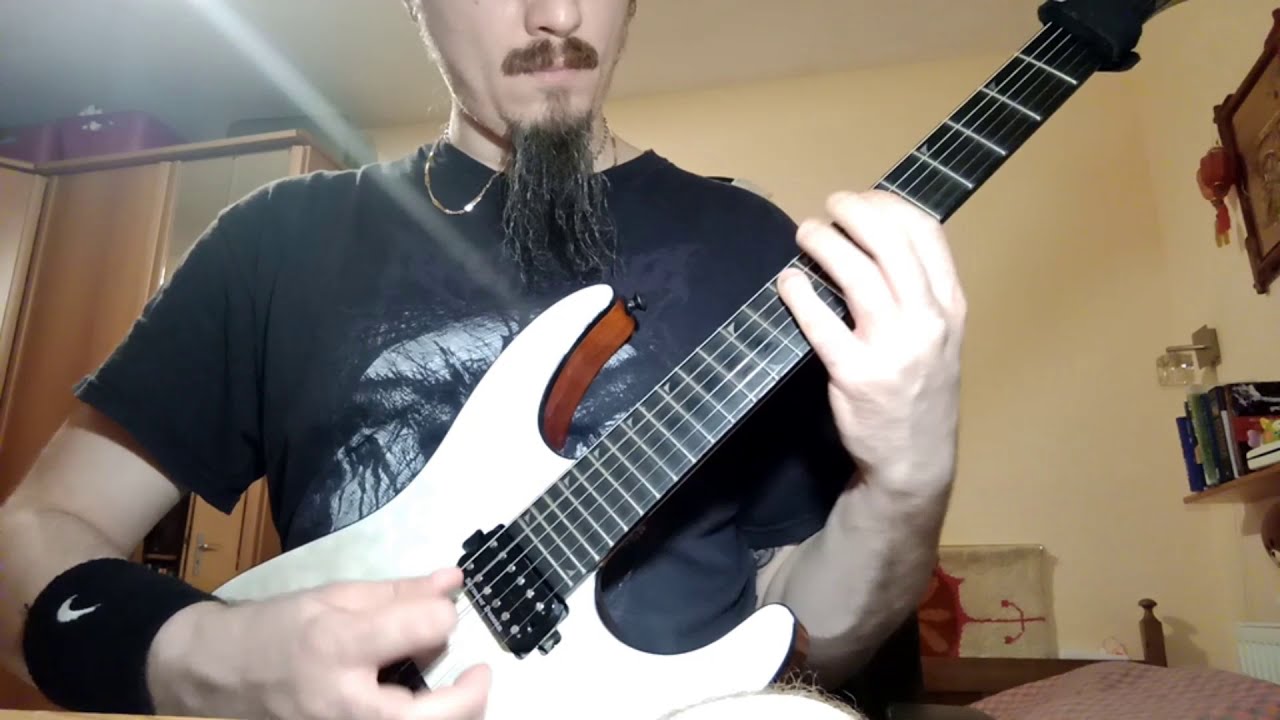 P.S.: At the end of the video, I’m not lauding my performance (which is kinda shaky), just bobbing my head to the metronome, which is not audible on the DI track…

Thanks @nexion218 , this is awesome! Now I know what I am doing tomorrow

Thanks for adding a few slides in there in between all the alternate picking!

I approved .gp7 as an extension, can you try to upload it again?

Still a no go. The error message says that - among others - the authorized extension should be gp7, whereas the file has a .gp extension. That might be the culprit.

whereas the file has a .gp extension

ah I added .gp as well, it wasn’t authorized, maybe that’s it.

Yes and I can record a backing track from the chords

Cool! You sure made something out of nothing.

Sounds like you’ve changed the F#m7(b5), but can’t tell to what. Is it just a power chord? Upon closer inspection it might not even be a F#, but rather an Am with a M6, pointing to A Dorian. If I change the chords to plain power chords it sounds “wrong” with F# and much better with A… Would be cool if someone “with knowledge of the situation” (as they say in NFL hearsay reports) could confirm this… If I had to chose now, I’d say it’s Am6.

EDIT: I’m 99,999 % sure sure it’s Am6. I fooled myself with the arpeggio shape I’m using there, as it comes from the half-dimished shape. The notes I grab from it are A, C, E and F# which could very well be F#m7(b5), butgiven that I resolve to A in the end, it much rather feels like an Am than a F#o. Sorry man, punch in an Am.

Lesson of the day for me: the shape of a chord does not necessarily reveal it’s identity without context!

Wow very nice lick indeed and good for alternate picking practice too!!! great!
I’ll try that for sure!
Just one question how do i generate a tab file with guitar pro, sorry about the silly question but i’have never used it before!
Thanks again for the lick!

Thanks for the kind words! As for the tab, I just made a screenshot…

But I’ll see to it once I am home and will get back to you.

Or you mean how to enter music into the software?

Hi nexion and thanks for the reply! How do i put one of my licks in guitar pro to get the tabs? For the screenshot is perfect

Oh, that’s easy: start a new file and start typing in as you would read a tab, just reverse engineer the process.

Lines symbolize the strings and use your numerical keys to enter which fret is played on the given string. I believe in each iteration of the program, note length, meter, vibrato, legato and all that stuff can be found somewhere on the left panel. The music notation is automatically generated based on the entered tabulature.

Of course you can go all crazy when entering your music, but this should beenough to get you started. For the fancy stuff I recommend asking someone else, cause I don’t know how to do those either

Also there is a shitload of great tutorials on youtoob.

Well for me is more than enough to start to use it then​:joy: i m sure the first few try will be fun…like i m playing one tune on the guitar and a different one of the software