Do you read music notation or tab (or both)?

OK, question for you all.

I never learned to read music. I just didn’t really see the point. When I was learning guitar in the 90s I used to buy Hal Leonard transcriptions. I nearly wore this one out:

I used to just work from tab though. Endless hours trying to nail solos, nuanced rhythm parts, and getting those audio players where you could slow the music but not adjust the pitch.

It all begs the question - how important is reading music? Do you folks read music, and if so, why?

First off, I want to say I have that book… great book but so much stuff wrong and the positions they chose for how to play some of the stuff is crazy lol.

I use tab and can read music notation but not practiced enough to just put a piece in front of me and have me play it. Most pieces in standard notation are not properly done for guitar now days… they leave out the roman numerals for position. You will sometimes see position markings if written by jazz or classical guitarists.

In my opinion, standard notation is a dying art where guitar is concerned it has certainly been mostly replaced by tab, but tab without notation above it to show the timing of the notes it’s somewhat useless too. So both are still needed until a better way comes along.

Well I have a classical music background and spent a lot of time studying Solfege and western music composition (https://en.wikipedia.org/wiki/Solfège).
A lot of tab books also have the notes like this Steve Vai’s Passion and Welfare transcription. 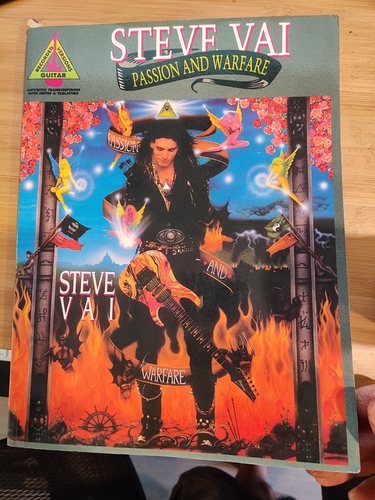 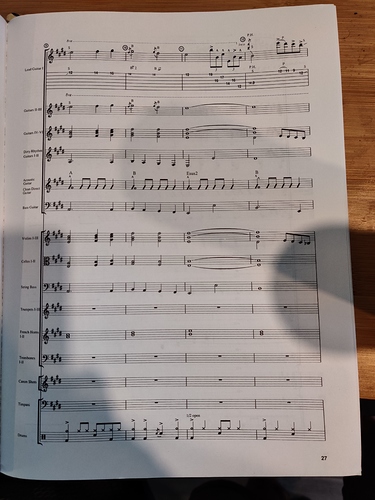 I find myself reading the notes in classical notation for the solos, much faster and easier for me and I can read ahead a few bars.
For the chords/rhythm sections, I prefer the tabs as there are too many ways to play the same chords on guitar.
For any other instrument in complex music like Dream Theater or Vai, I hate the fake tabs and only look at the music score.

But is it important? I don’t think so, unless you start writing your own music and need to include non guitar voices and instruments.

I also use tabs. But i agree we need musical notation for the timming

I’m at the beginning of my guitar journey and I’m trying to learn to read music since now. I love it!

I learned the basics of music notations when I was 9 years old but only started applying this knowledge to guitar around 18 or 19. For a long while, the zone between the 6th and 11th fret remained a “Terra incognita” for me (with the exception of the 1st and 6th string notes and the E on the 7th in the A string).
Playing with the classical guitar and learning to read from sight has helped me.
And in the past year, making a lot of transcriptions from standard notation to tabs has helped a lot!
I’m currently transcribing Flight of the Bumblebee from standard notation to tabs (using the Guitar Tabs X app for Android). There’s already a tab notation on the sheet but it’s full of unnecessarily complicated series of notes so I prefer to do the tab myself.

And I agree with you… Having the standard notation makes it essential to have the right timing.

Since tabs are historically the way to write down stuff for fretted string instruments (https://en.wikipedia.org/wiki/Tablature) and have been used for hundrets of years I think it really makes sense to play guitar using them.

On the other hand harmonies and theory are understood better using notation.

I think whatever works for you is best. You will find both in the internet. Even tabulature with rhythms or even notation added.